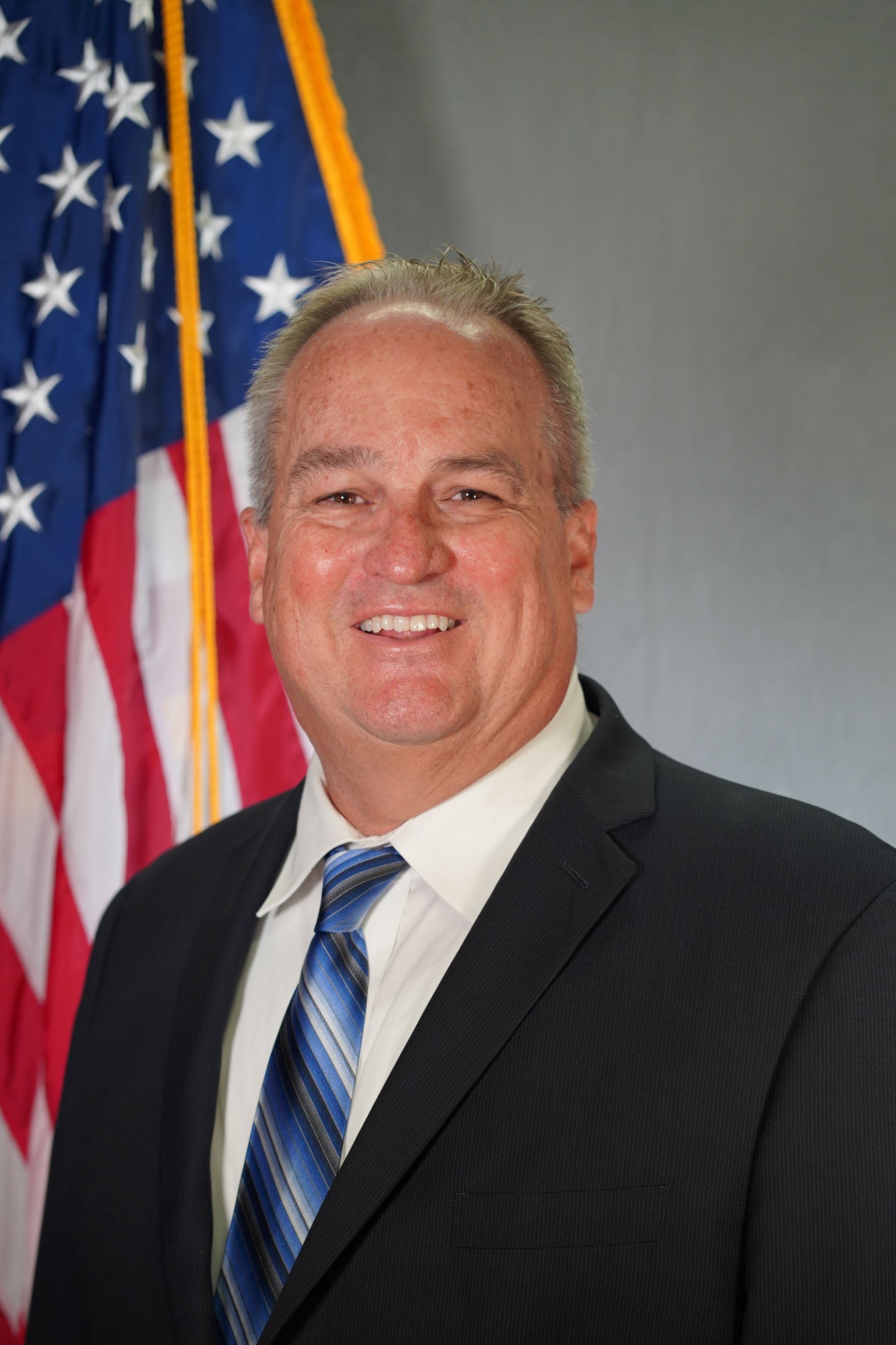 James (Jim) Lowery, Jr., joined the Schertz Police Department as Chief of Police in June 2022. Previously Chief Lowery worked for the Arlington Police Department for 39 years where he began his law enforcement career in March of 1983. He has served in a multitude of positions during his tenure as he rose to the rank of Assistant Chief. Lowery has a Master of Science in Strategic Leadership and a Bachelor of Science in Organizational Leadership from Mountain State University in Beckley, WV. His father served in and retired from the US Air Force. He lived in several countries during his youth including the Philippines and Germany among other stateside locations. He graduated from Radford High School, Honolulu, HI, in 1980, out of Hickam AFB.

Jim and his wife, Randi, have two daughters and one grandson. He enjoys the outdoors which includes his favorite pastime of playing golf. Jim is deeply involved in community events and participates as a volunteer with various organizations.

Assistant Police Chief Marc Bane has honorably served the Schertz Police Department for over 25 years. He began his career with the City of Schertz Police Department in October of 1996 and has held numerous leadership roles during his time with the city. Most recently Bane served as the Assistant Chief of Police where he worked directly with fellow command staff members and oversaw a force of nearly 116 employees.

Throughout his career, Bane has implemented various new programs and initiatives within the police department to better help serve the community and build relationships. In 2012 Bane led the creation and implementation of the Student Resource Officer Program, which provides on-campus security to all SCUCISD campuses. More recently in 2019 Bane focused on reviving operations at the Schertz Animal Adoption Center, implementing staff development measures, updating technology/systems, and focused on building stronger relationships within the community. Further emphasizing his focus on engaging with the community, Bane created the Police Department Volunteer Auxiliary Program in 2020. The purpose of this program is to provide the community an opportunity to work side by side with members of the police department, allowing them to gain a better understanding of how the Police Department serves the community.

Captain Manny Casas is a veteran and proudly served in the United States Army and the United States Air Force Reserves. He has faithfully served the Schertz Police Department for more than 20 years. Captain Casas has held numerous leadership positions in different departmental units and divisions during this time. He successfully advanced through the ranks from an officer to a Captain, where he currently oversees the SWAT team, department budget, and overall daily operations of the police department.

Captain Casas has proven to be an integral part of the police department throughout his professional career, serving in multiple facets of the organization. He has helped bridge the transparency gap between the police department and community and developed valuable programs that benefited productivity and employee satisfaction.

Holding education in very high regard, Captain Casas has gone above and beyond in obtaining beneficial knowledge to enhance his work both professionally and personally. He gained entrance and graduated from the prestigious FBI National Academy (Class #227), where less than 1% of all law enforcement professionals are accepted nationally. He is a graduate of the Law Enforcement Management Institution of Texas Command College (LEMIT, Class #75) and the FBI-LEEDS Trilogy Program. Captain Casas maintains a Master's Peace Officer Certification and is a Texas law enforcement instructor. Captain Casas holds a Doctor of Education degree, two Master's degrees in Business Administration and Education, and a Bachelor's degree in Management.

Lieutenant Daniel Roman began his career with the Schertz Police Department in 2007 as a patrol officer. Throughout his professional career, Lieutenant Roman has served the department as a patrol officer, field training officer, accident reconstructionist, SWAT operator, and investigator while advancing through the ranks from officer to Corporal and to Sergeant.

Lt. Jones began his career back in 1996, spending a couple of years at Bexar Pct. 2 Constables Office, and then several years as a police officer with the City of Balcones Heights. Lt. Jones then made a move over to Schertz in 2002 as a patrol officer. He served patrol for nine years, making the rank of corporal. In 2011 he moved into investigations where he was detective of the year in 2013, 2014, 2015, and 2016. In 2017, he was promoted to Sgt. as the supervisor in the Investigations Division. In 2020, he was promoted to Lieutenant.

During Lieutenant Jones's career, he has obtained his Master Peace Officer License, is Accident Reconstruction Certified, a Negotiator, and received his Criminal Investigators Certificate through the Alamo Area Regional Law Enforcement Academy (AACOG).

Lieutenant Jones is currently working towards his bachelor's degree in Criminal Justice at Wayland Baptist University and in the process of entering the Law Enforcement Management Institute of Texas Command College (LEMIT).

Lieutenant Darin S. LaCour began his career with the Schertz Police Department in 1994 as a reserve patrol officer then was hired as a fulltime patrolman in 1995. Throughout his professional career, Lieutenant LaCour served the department as a patrol officer, narcotics detective assigned to the Drug Enforcement administration, DEA Special Response Operator, and investigator while advancing through the ranks.